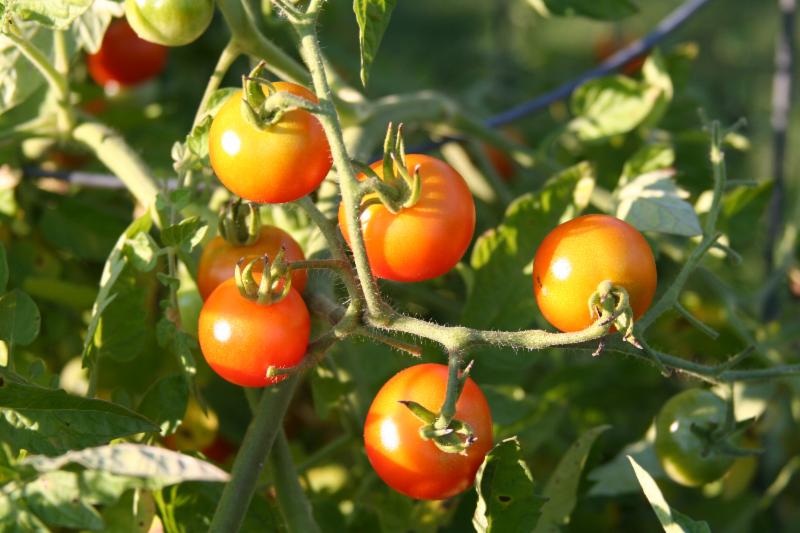 This summer’s weather pattern has definitely caused problems in our gardens.

Many gardeners are complaining that their tomatoes are slow to ripen.  And others have spotted mildew on their impatiens plants and even on some squash and pumpkin.

What’s going on with tomatoes?
The continuing moisture along with consistently low night-time temperatures are keeping the soil cool which delays ripening.  Tomatoes need warm soil to ripen.

Is there anything we can do?
You can be patient and hope the soil eventually warms up.  But if you want those yummy vine-ripened tomatoes sooner and are willing to put in a bit of effort over the holiday weekend, there are a couple of things you can do to help Mother Nature warm up the soil:

– which some gardeners do in the early spring to warm soil after the winter’s chill.  During the day the sun will heat the plastic and the soil underneath.

Can you pick tomatoes to ripen them?

You can pick green tomatoes now just like you would right before frost.

Green tomatoes that are picked and brought indoors will ripen and turn red.  But they won’t get any more sugar content after picking so they will not be as sweet as the vine-ripened variety.  The longer plants stay on the vine, the sweeter they will be.

What about mildew?
The other weather-related problem is mildew on impatiens and in some gardens, it is showing up earlier than usual on squash and pumpkins.  White blotches appear on the leaves.

You can prune away leaves with mildew from impatiens and hope to enjoy the flowers a bit longer in porch and patio containers.  For squash plants in the garden, leaves with mildew can also be removed.  When the weather pattern shifts to bring more sunshine along with good air circulation, conditions may improve.

Compost pile warning
Avoid putting any pruning debris that has mildew – or any other disease – into the compost pile.  Instead, place the debris in a bag and discard it with other trash. Compost piles are not hot enough to kill fungus and other diseases.  Placing diseased plant material into compost will damage the compost and only perpetuate the problems.