Time to Tuck Your Garden in For Winter 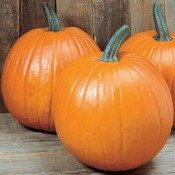 Veggie growth in most edible gardens is about done because of the cooler night-time temps and fewer hours of daylight.  With less going on, it’s time to think about fall clean-up.

There may still be a few green tomatoes and beans and other veggies that can be left to ripen until there’s threat of frost.  But be sure they are harvested before frost or freeze.  Root veggies such as carrots and onions can stay in the ground a little while longer.

Also pay attention to foraging critters since squirrels, skunks and raccoons are getting into late-season corn, squash and pumpkins.  If they’re active in your area, it’s probably a good idea to harvest as much as you can as soon as you can.

Before you start pitching debris into the trash or compost pile, do these four sustainable things:

Composting garden debris
It’s always wise to compost yard debris and avoid sending it to the landfill. But there are some precautions to keep in mind.

The final tuck-in
Add fertilizer low in nitrogen and spread 2″ of compost over the top of the garden.  Don’t worry if you can’t get the compost down before it snows.  You can pitch compost over the snow and it will still do its job – but this task should be done sooner rather than later.

Fall clean-up, fertilizer and compost gives your garden the healthy rest it needs from now ’til the wake-up call next spring.