The difference between a native plant and non-native plant is quite simple yet imperative to any given environment.

Found in “communities of growth” meaning they have grown harmoniously with only
specific plant species and create a habitat for wildlife.

Have the ability to adapt to their regions climate, hydrology and geology.

Evolve in their designated region over a period of time and leaves a positive
effect on its ecosystem.

Have a negative impact on its new environment; with no natural enemies or predators there is nothing to stop their spread.

Destroy natives that provide health support to its habitat.

Does not evolve in its “introduced” region. 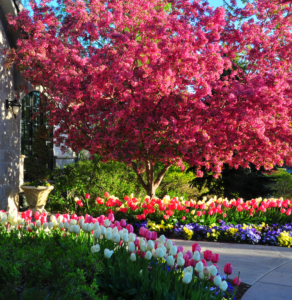 You must keep in mind that native plants have been grouped together for millions of years under particularly favorable conditions that create the foundation for their livelihood. Native plants can only survive in its own designated micro habitat and may be obliterated if their habitat is disrupted. In short, these plants are survivors and can multiple without any human intervention. Native plantings plays a major part in creating a natural landscape that cultivate an inviting environment for bees and birds to pollinate collectively giving you an opportunity to reestablish diverse plant life.

An article written in the New York Times explicitly explains the catastrophes that can occur when we plant non-native species.

“Florida’s citrus industry is grappling with the most serious threat in its history: a bacterial disease with no cure that has infected all 32 of the state’s citrus-growing counties.  Although the disease, citrus greening, was first spotted in Florida in 2005, this year’s losses from it are by far the most extensive. While the bacteria, which causes fruit to turn bitter and drop from the trees when still unripe, affects all citrus fruits, it has been most devastating to oranges, the largest crop.”

“The disease, which can lie dormant for two to five years, is spread by an insect no larger than the head of a pin, the Asian citrus psyllid. It snacks on citrus trees, depositing bacteria that gradually starves trees of nutrients. Psyllids fly from tree to tree, leaving a trail of infection.”

In conclusion, the invasion of non-native species are being treated more serious than ever 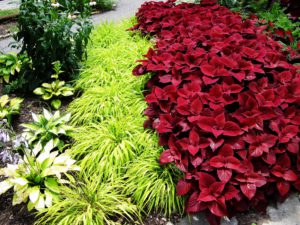 keeping in mind that un-noticed insects come along with the plants. You would not only have to be concerned about it creating a self-adapted environment that can desolate the existing but you can also invite an invasion of foreign insect that will consume native plantings. This makes planting native species even more detrimental to our natural and agricultural landscapes. The best solution is to buy plants locally and only garden with plants native to your region.

To explore the many native plant gardening options contact the Designscapes Team for support.