As 2015 comes to a close, the ICAA-Rocky Mountain Chapter would like to take a moment to thank you for your generous support in making all our programs possible and to ask that you consider supporting us in your end of the year giving.

This year, we partnered with Historic Denver and Colorado Preservation, Inc. to host our wildly popular Columns & Coffee series.  This year’s tours focused on both Historic and Endangered Places and took participants all over the state, from Fort Lyon campus in Bent County, Colorado to downtown Colorado Springs. 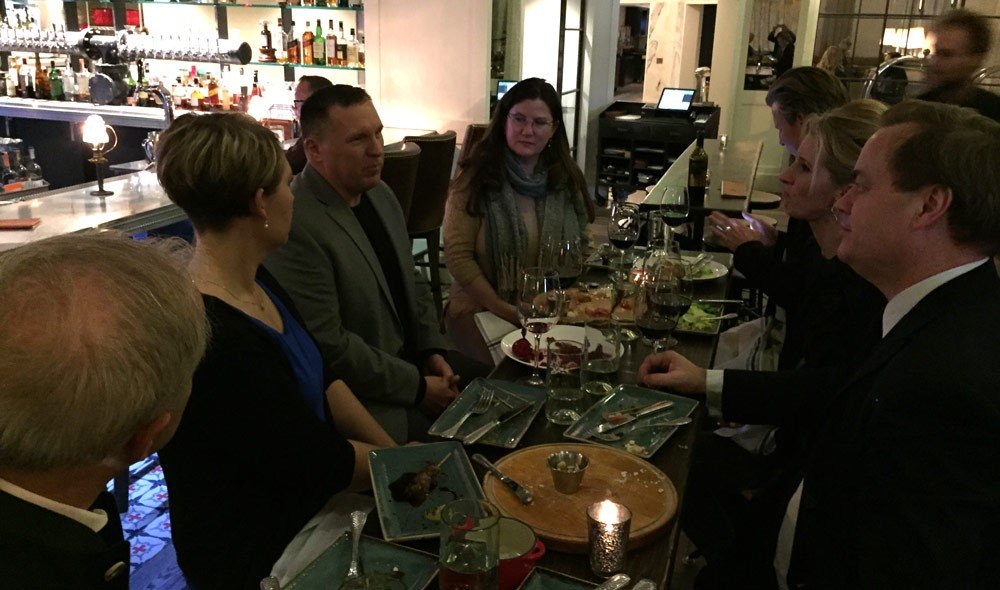 Our Cherry Hill Country Club Lecture Series welcomed University of Colorado Department of Landscape Architecture Chair, Ann Komara.  Komara gave a captivating lecture on The Miller Residence in Columbus, Indiana – a project revered as an icon of modernism, yet one that exemplifies the classical ideals of the villa.  In June, Architect Friedrich St. Florian explored his winning design for the National World War II Memorial in Washington, DC.  The audience included a number of World War II Veterans.  Lastly Margot Ellis lectured on her new book, Americans In Paris, which tells the story of an influential group of American architecture students who attended the École de Beaux-Arts and went on to design and build many of our nation’s most recognized buildings and monuments.

Our Third Annual Newman Awards, honoring excellence in the classic tradition, was another huge success.  The ceremony was held at the historic Brown Palace and emceed by Denver-based Architect, David Tryba.

2016 is shaping up to be another exciting year and we look forward to seeing you at an ICAA-RMC event!

Once again the ICAA-RMC is grateful for your support.  Whether an ICAA member, event sponsor, donor, or attendee, each of you have been critical to our success.

Thank you and best wishes for the New Year!